A fictional object brought to life.

The Literary Operator is a collaboration with the writer Jeff Noon, commissioned by Lighthouse for the Brighton Digital Festival.

It takes one of Jeff’s “spores” - tiny, tweet-length stories - and remixes it into a functional artwork. We started with Spore #50:

After the Babel Towers attack, lo-fi operators worked the edges of the language, forging new phrases from the fragments of literature. They filled boxes with word shards in the hope of recreating lost stories. 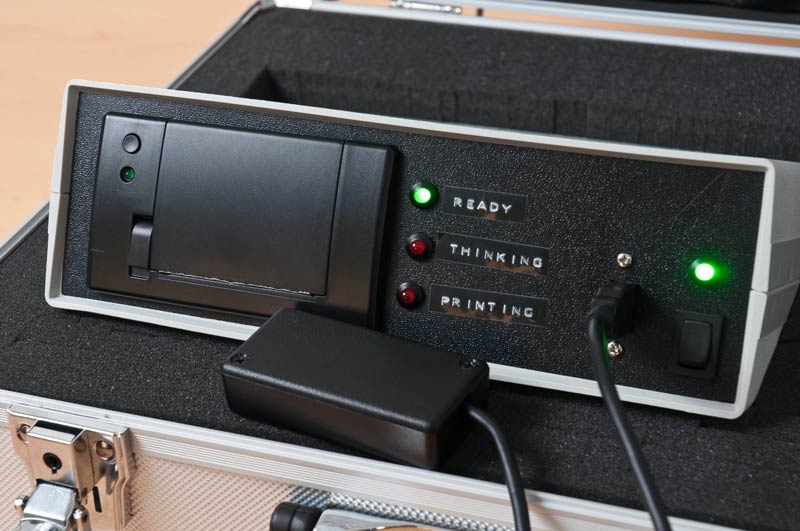 Language and generative prose are something I’ve played with for a while; the idea of manifesting this ‘operator’ as an object, a machine that manipulated language, felt strong. From that starting point, we explored the idea, building a world around this device and considering what it might do, why it existed, where it came from. That all led The Literary Operator: a machine that generates new text from old. When an appropriate book is wafted under its ‘wand’, it thinks hard before attempting to generate more of that book. Sometimes, it is more successful than others.

The Literary Operator was exhibited at the Brighton Museum Digital Late, as part of the 2013 Brighton Digital Festival. 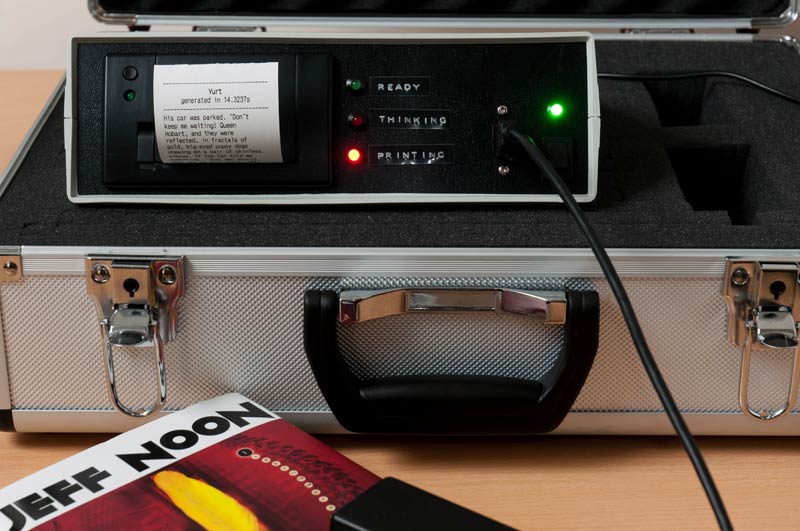 The operator at work.

There is more at the dedicated website for the project, including information on getting in touch about exhibiting the work, a history of Literary Operators, and further images of the device itself.